I WAS NOT AWARE OF ANY OTHER CHOICES

“My G.P. confirmed I was pregnant.

He recommended two obstetricians, both male.

He did not discuss choice of caregiver at all.

I’d always heard of my local public teaching hospital, but thought, I’m in Private health so I may as well have the bonus of going to the Private hospital”

What did you think the bonuses were going to be?

“Better care, better attention, more attentive.  I did equate private hospitals with private schools, get more attention and more responsibility taken, more care to service provided.  In lots of systems that are privatised the care and attention is better.”

“I found that in a Private Hospital that was very different, I was wrong about it.  I also expected better facilities.  I think my obstetrician was thrilled that I was booked into the Private that he recommended over and above the public”.

“If I had another child I would do everything differently.  Every choice would be different”.  Why?  “Because each choice I made was completely uninformed and it had a different outcome to what I anticipated.  I just didn’t think it through.  I had no knowledge of that industry, so I didn’t realise that you would have much more chance of intervention if you went Private and had an obstetrician.  In fact, I didn’t even know what a Midwife was and yet I have a University degree, and would consider myself well educated. Because I initially thought I want to have a natural childbirth , that I don’t have to worry about all these things, these are just insurances if something does go wrong, so I trusted the system, I put my trust in the system, believing they would intervene only if medically necessary – and I was absolutely wrong.” 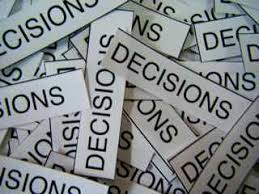 “I trusted a system that I should not have trusted and so my choices would be incredibly different next time around.  Doing something for the first time, you can fall through the cracks, because you don’t know, you are not wise about what that industry is really about.  Now I realise private hospitals are like businesses and they are just trying to get as much money as possible, and one way of doing that is through intervention.”

“Our mother’s generation handed over the responsibility of their care and health to the medical profession.  I don’t think I got trapped that way, I think it was a general trust and lack of information that led me down that path.

I thought they respected their own roles within the Profession and to me an Obstetrician really steps in only if you have a problem.  How wrong I was.”

Where would you get good information from?  “without doubt I would employ a doula as soon as I found out I was pregnant.  They are an invaluable source of knowledge, information, understanding and have no other agenda other than making sure you understand your choices, so that you can have the birth you want.”

P.S.  Jane had an unnecessary caesarean section.  She was deeply traumatized and angry when we met, as so many women are.  I am pleased to report that following just 3 hypnotherapy sessions Jane’s grief and anger has resolved.  She and her baby have healed.  She is an intelligent woman, caring and much, much wiser, with the knowledge and capacity to make more informed choices for her next pregnancy.

She is also a beautiful Mum.