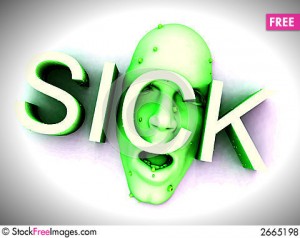 THE SICK SALE
We are being SOLD SICKNESS.
The upcoming NSW state election, as in most elections, focuses on the health policy.  How much money will be spent on health?  What is the health policy?  How many new hospitals will be built, old ones improved and upgraded?  How much new equipment will be given?  How will staff patient ratio increases?  How can we decrease hospital surgical waiting times?
THIS SO CALLED HEALTH POLICY IS THE WRONG NAME.  IT SHOULD BE THE ‘SICK POLICY’.
Baird pledges to continue to vigorously take on the federal government to get a better deal on health.
“The biggest challenge facing this state and the nation is health funding”, states Mike Baird.
Luke Foley wants to spend more money on paramedics and both promise to increase hospital beds, decrease waiting times etc. etc. etc.  It’s the same old debate and promises with each election, state and federal.
But it is very odd that it is called a ‘health policy’ or ‘health budget’ as it has nothing to do with HEALTH and everything to do with the promotion of SICKNESS.
The debate is sold as nothing more than hospital waiting times, lists, and hospital bed capacity, each political party trying to outdo their opponent by promising more beds, less waiting time.  It is a government obsession, with the focus on each election about the health promises, because politicians believe, wrongly, that it will buy votes.
Then there are the advertisements on radio and television that sell the importance of private health insurance.  Others are much more blatant, promoting drugs for various forms of pain and suffering.  We now have add’s promoting the benefits of ‘natural’ products from ‘natural’ practitioners to cure most illnesses.
And don’t get me started on how ‘sickness’ and fears about what can go wrong, is sold to pregnant women.
According to a report from AIHW (Australian Instiitute & Welfare)  “In 201213, $55.9 billion was spent on hospitals in Australia, $52.9 billion on primary health care and $29.9 billion on other areas of health spending. A further $8.6 billion was spent on capital expenditure. All funders increased their expenditure on hospitals between 200203 and 201213; however, growth in state and territory government funding ($10.6 billion) was almost double that of the Australian Government ($5.4 billion). Primary health care spending is shared relatively evenly between Australian Government (about 43.0%) and non-government sources (about 41.0%), with the states and territories playing a relatively small role, over the same period.”  These are mind-boggling numbers!
“Demand  for health services is expected to grow rapidly as Australia’s ageing population increasingly relies on the health system for care. Between 2010 and 2050, the number of people aged 65 to 84 is expected to more than double and those aged 85 and over to more than quadruple. Given these pressures, Government spending on many health programmes will continue to grow at an unsustainable rate unless fundamental changes are made.”  According to government website
It is extraordinary statements like the one above, among many others, that make me cringe.  The very notion that we are all EXPECTED to become sick and use these services is quite unbelievable.
We are constantly being sold that it is a ‘given’ that we will all get sick and need help and services from hospitals, doctors, and other health professionals.
It seems to be a routine question on many forms, who is your GP?  Some, find that an extraordinary question, but most people think that it is essential to have a GP, because we are constantly sold the message that you will get sick at some time during your life and you must have a GP.
The health budget demands will continue to rise and become unsustainable unless we turn this around and learn to THINK differently:

So I want you to think outside the square, for just a moment and have a discussion with friends and family about the following:

Well, the world would not come to an end!
It would simply, over time, change people’s attitudes and way of thinking about health.  It is not normal to have so much sickness in a community, with so much conversation focused on medical stuff.  These specialised services should be reserved, for the very few, in the rare event, that they become sick.
If we want to reduce health spending, and we should, then we need to have a radical shift in our thinking about health.  The sick debate needs to be turned upside down.

The core matters for attention is an attitude change encouragement to take pride in a healthy body, rejoicing in increased emotional and physical well-being, and therefore enjoying increased productivity in all aspects of living.
Adults will have to work at this as they have had many years of brainwashing about sickness but the best place to start is with pregnancy.  In fact, beginning before conception, with good preconception care, to create the best quality sperm and egg, is ideal.  During pregnancy, attend as many of our Inside Birth® classes as possible to learn how to imprint many positive ideas and thoughts in your unborn baby, allowing them the privilege of being born in a healthy, positive and beautiful environment and to begin their life journey with physical, mental, emotional, and spiritual good health.
For preconception care contact:  Jane Ainsworth, Natural Therapist, 0418 450 921 or e: jane@trinityhealthandfitness.com.au
For all things pregnant and birthing contact:  Susan Ross, Birth Right, 0419 606 171 or e: susan@birthright.com.au