It is amazing how many women truly think that birth is going to be excruciatingly painful.  It is a common belief, understandably due to current attitudes.

Conceiving, growing and birthing a baby is a normal event in a woman’s life.  The uterus (womb) is perfectly designed for this purpose and so it is not logical to expect pain. 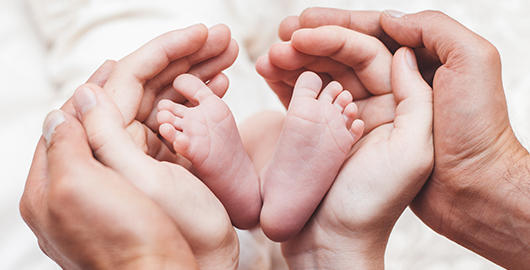 WHERE DOES THIS PAIN ‘IDEA’ COME FROM?

Religion played a big part.  By the Middle Ages, the Church had weighed in and denied women help from other women, as atonement for their sins as seducers of men!  Women had been nurtured by other women, often their mothers, and their every need was attended to by those they were close to.  Herbs, aromatic oils were used to soothe, relax and create the gentle atmosphere into which the baby would be welcomed.  However, during the Middle Ages, the labour assistants, which we now know as midwives, homeopaths and aromatherapists, were burned at the stake as witches.  Then the surgeons decided to take over delivering babies and midwifery started to die out.  Women were brought into hospitals, put into beds so medical students could ‘learn’ the ‘craft’.  This is when huge numbers of women died, often within 48hrs of birthing.  They died from ‘childbed fever’ – caused by infection.  It wasn’t until the end of the 1800’s that doctors worked out that poor hygiene in hospitals was causing infection.  By now the idea of birth as gentle and joyous had completely gone.  Women were so frightened of dying in childbirth.

Grantly Dick-Read (1890-1959) was a pioneer doctor who came to realise, after learning from birthing women, that the ‘accepted’ methods of delivering babies, with the emphasis on intervention and anaesthetics was fundamentally wrong.  He is the author of the now famous book “Childbirth Without Fear”.  He recognised that fear and anxiety in labouring women produced tension which produced pain.

The simplicity of birth, if allowed to follow its natural path is a beautiful thing to behold.  It is wonderful for Mum and her baby.

THE MIND HOLDS THE KEY

Aristotle (who was clearly very wise) gave a clue, all those years ago when he said “the mind of a pregnant woman needs to be cared for”

AND that is exactly what you will learn in our training.  Inside Birth® Educator Training focuses on the mind – the most important organ in birthing.  Clear out the negative, bring in the positive.

As a doula you will learn the importance of developing rapport and trust with the birthing woman, believing she holds all the power within to enjoy her labour and welcoming her baby into the world.

Here is a link to our Combined Training – the perfect career path to provide true continuity of care to all pregnant women.  You can do each training separately AND design your own payment plan.